How to grow CP's in an outdoor Bog Garden

Amazingly, even Venus Flytraps over-wintered in our Zone 5 conditions!

We started this project as an experiment a few years ago. As it turned out, it was very easy and very successful! 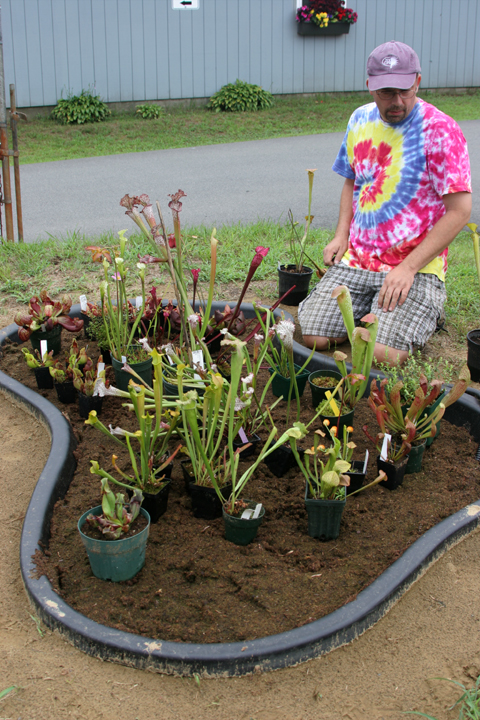 Constructing your own bog garden is simple!

Just dig a hole in a sunny location, place your pre-formed water garden container into it, fill most of the way with peat moss, arrange and transplant the plants, fill in with live or sphagnum moss at the surface. Fill with water and watch it mature! 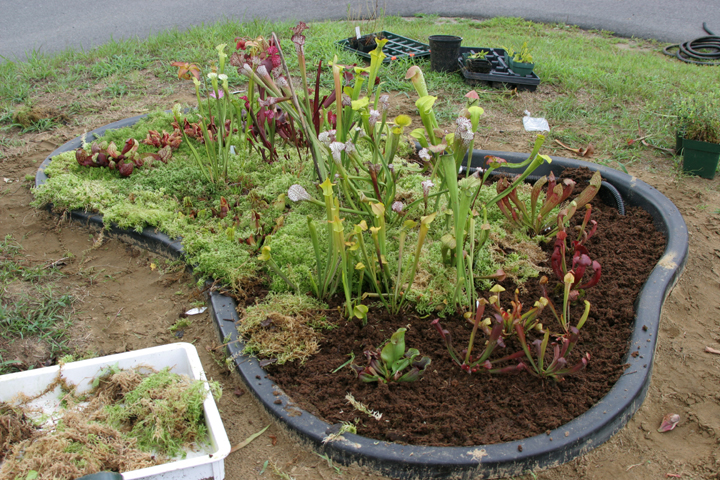 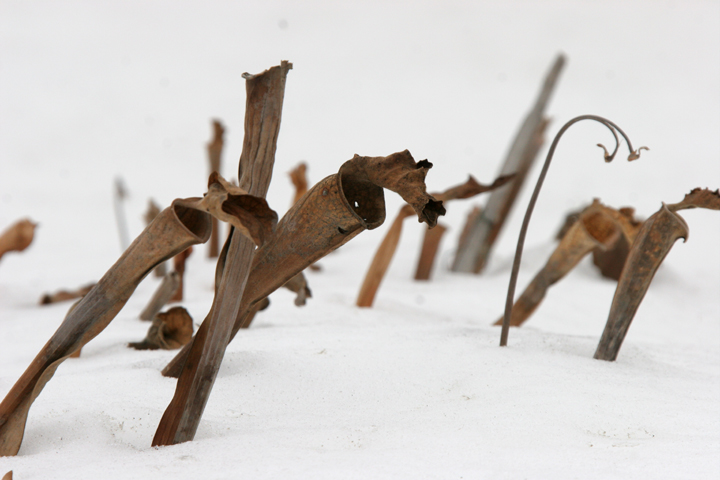 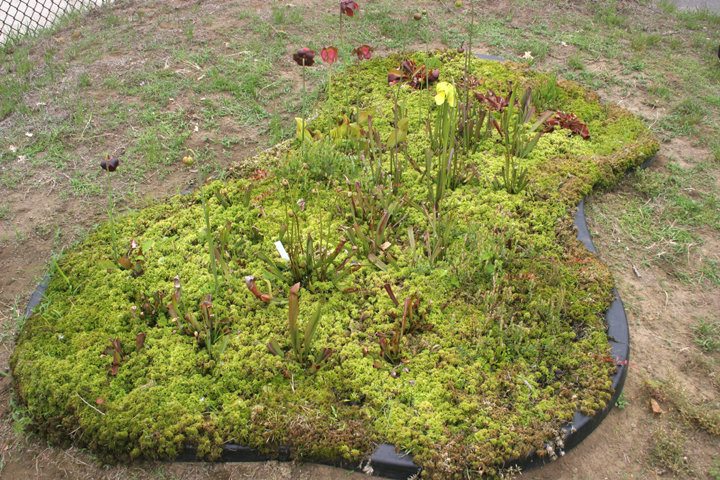 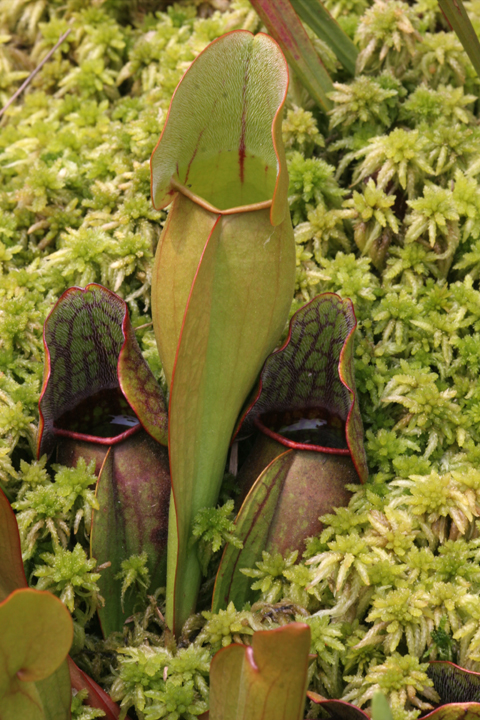 (Note last season's evergreen color not affected by our winter conditions...also, notice new growth and size of traps this season! 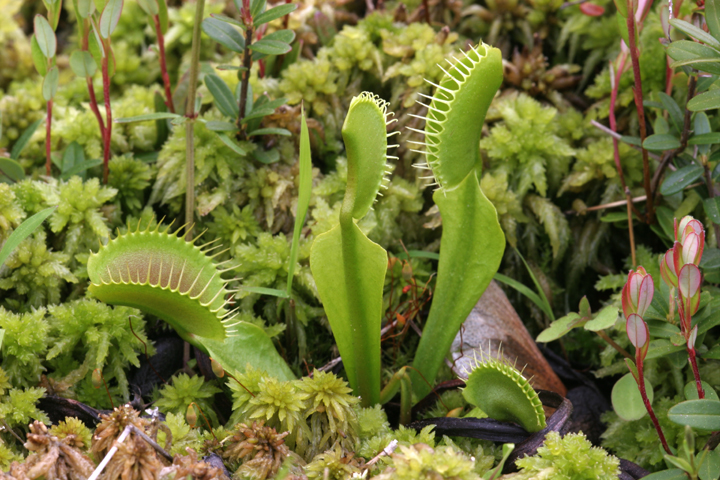 Venus Flytraps that are native to North and South Carolina exhibit perrenial growth without even being mulched over our cold New England winter. 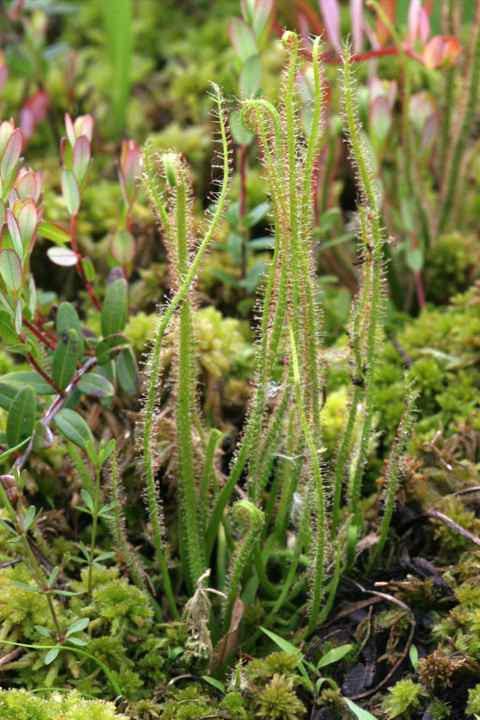 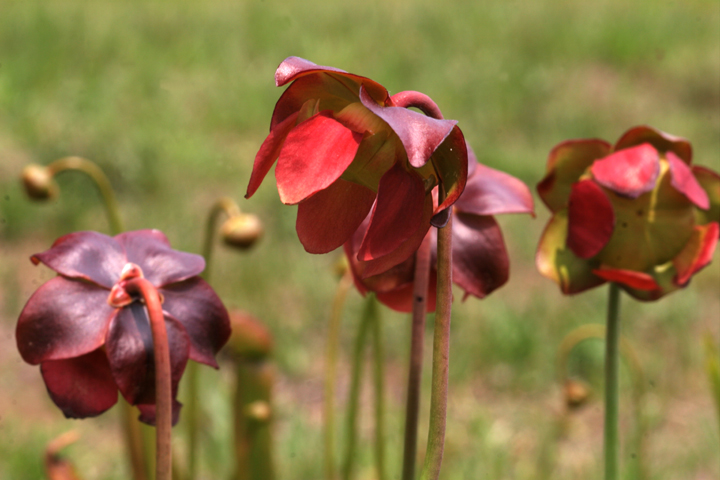 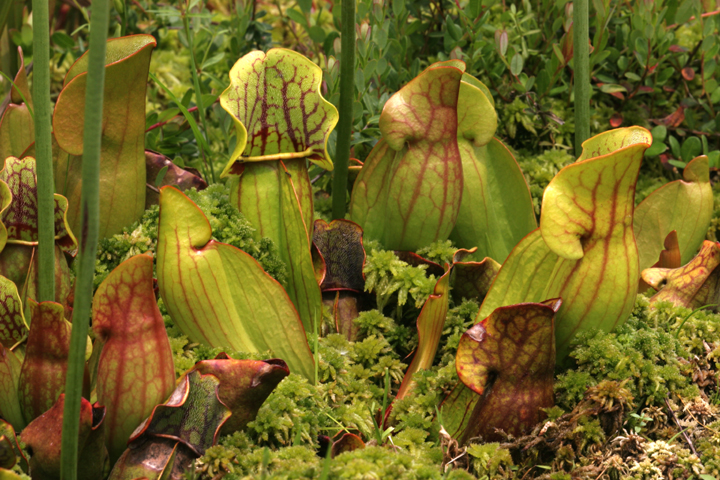 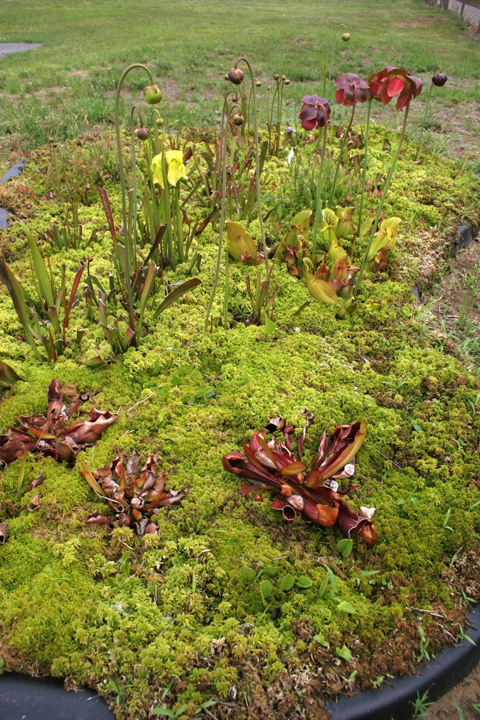 Many forms of Sarracenia including hybrids, and sundews return for another growing season! 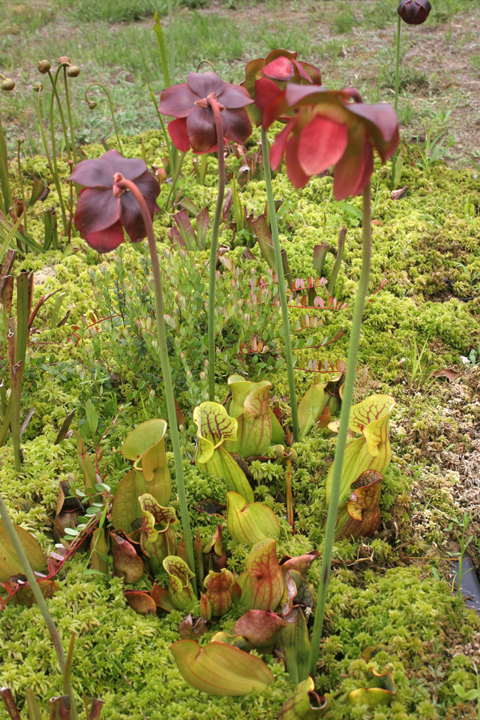 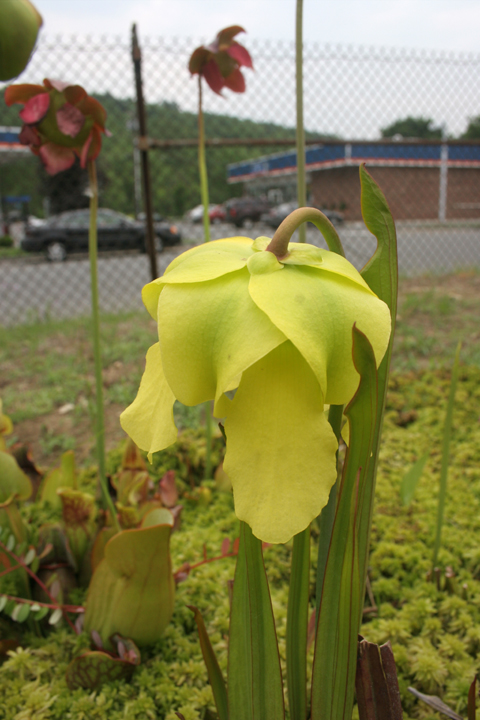 Everything is still alive and well after 3 cold New England Winters. We are continually amazed to see that even the Venus Fly Traps come back year after year! See this garden for yourself at our retail store in Western Massachusetts or have a look here... 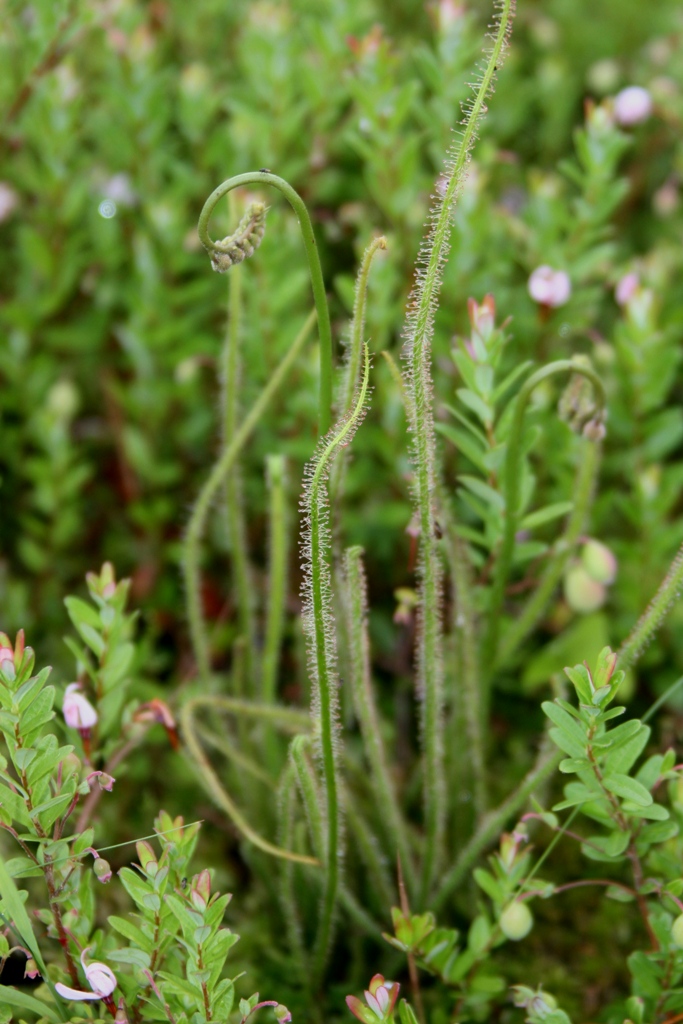 This cold hardy sundew (Drosera filliformis) glistens in the sunlight. 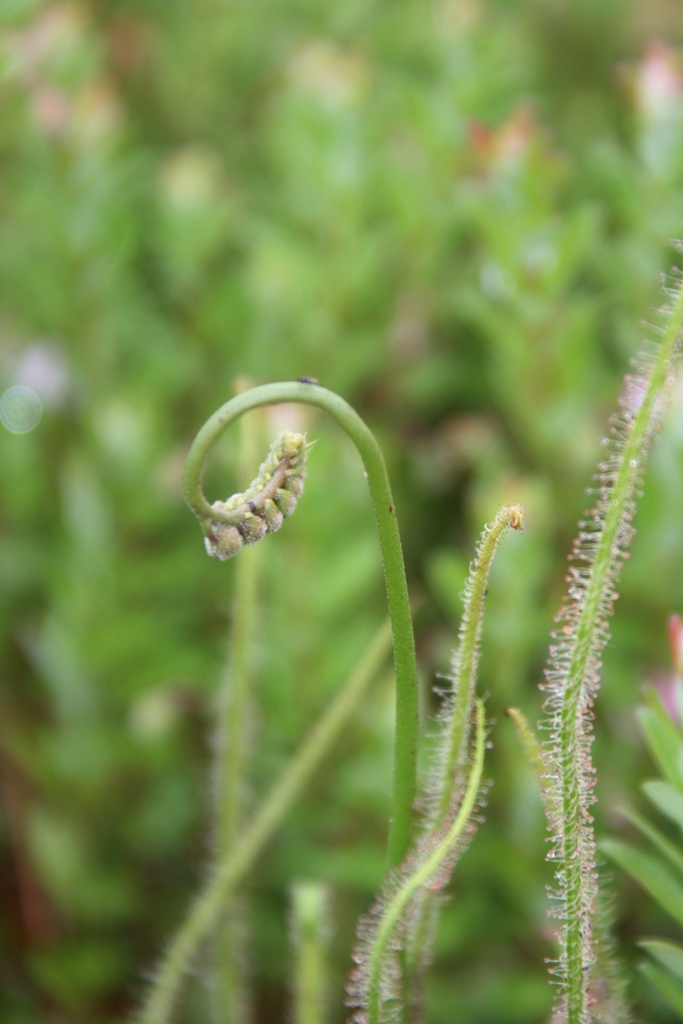 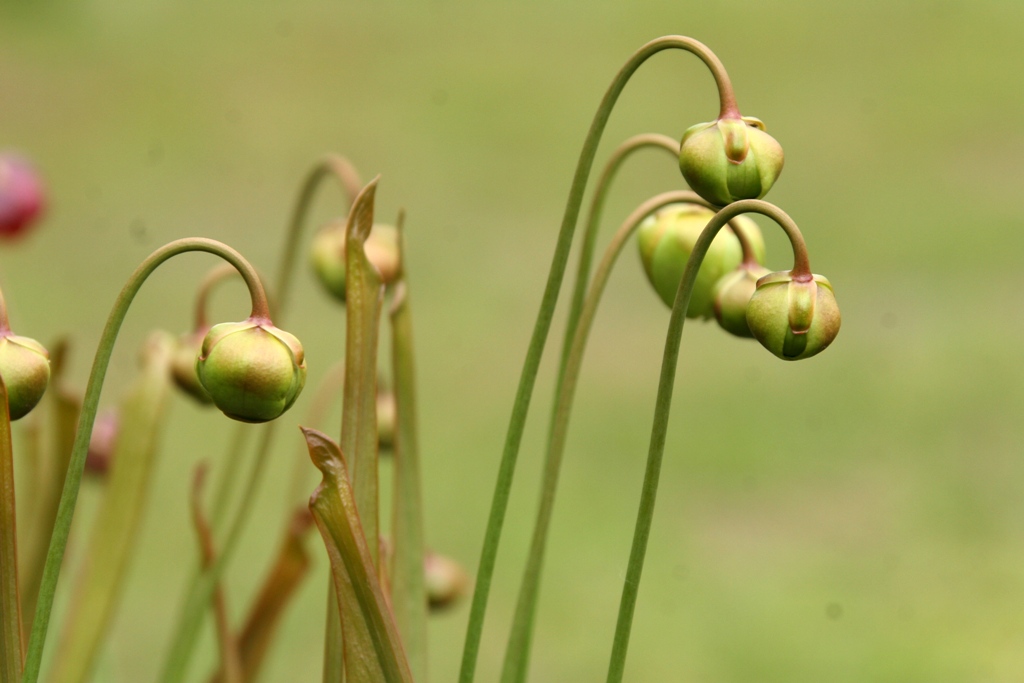 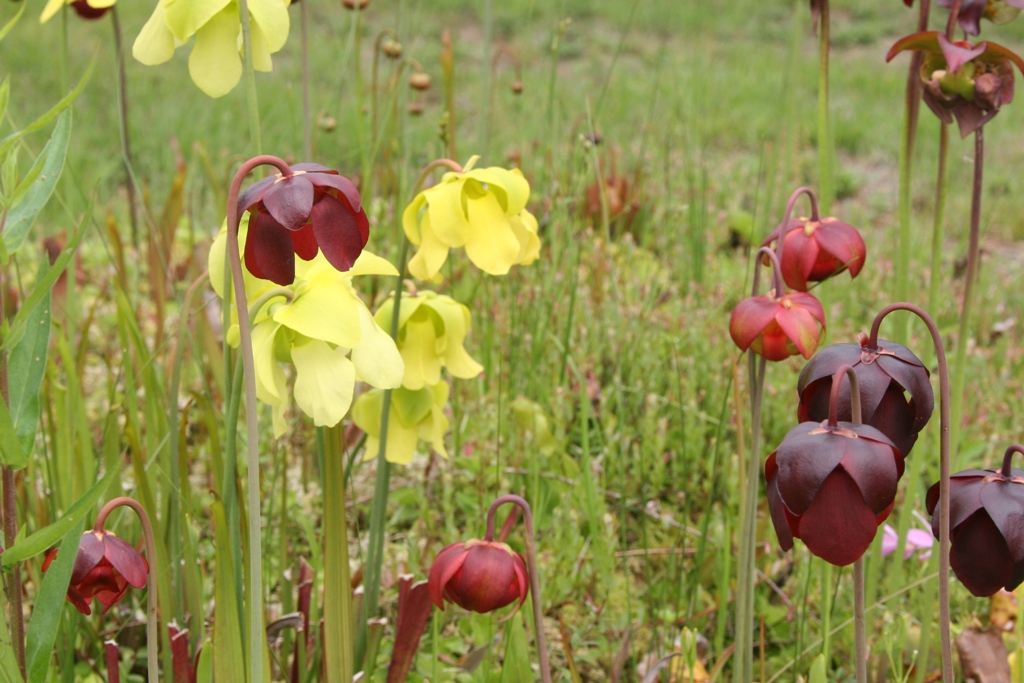 Flowers arrive before most of the foliage in June. 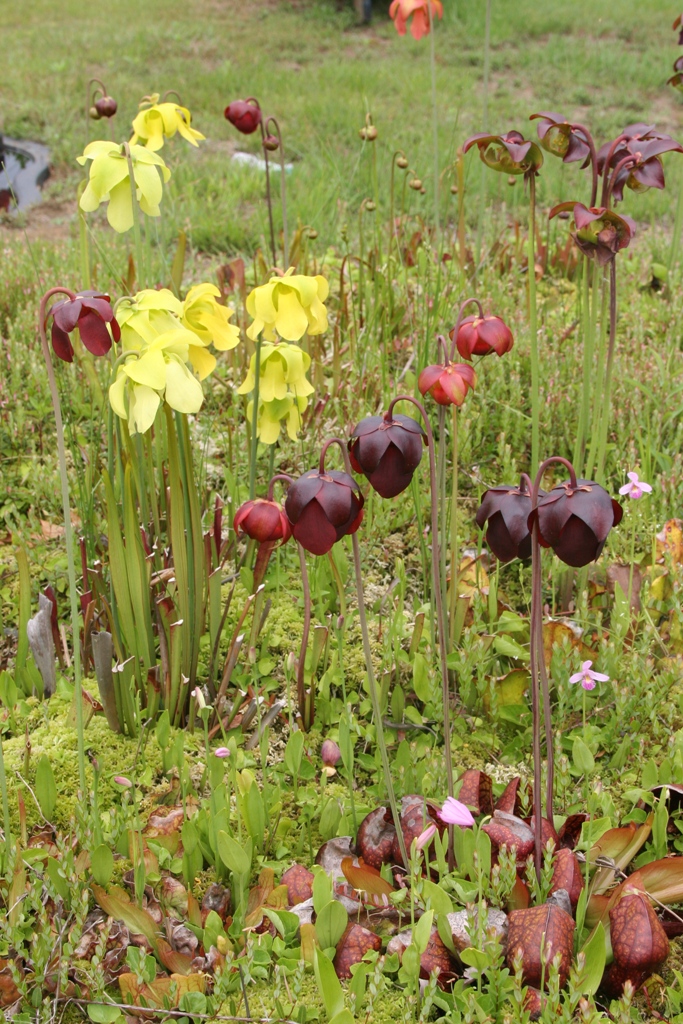 A beautiful array of color! 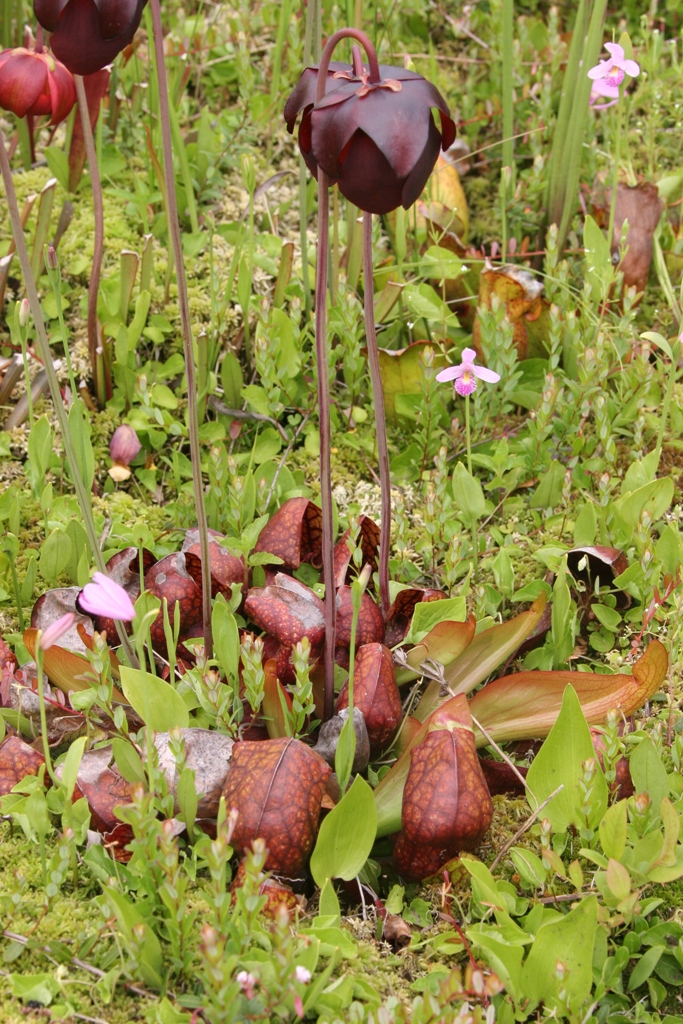 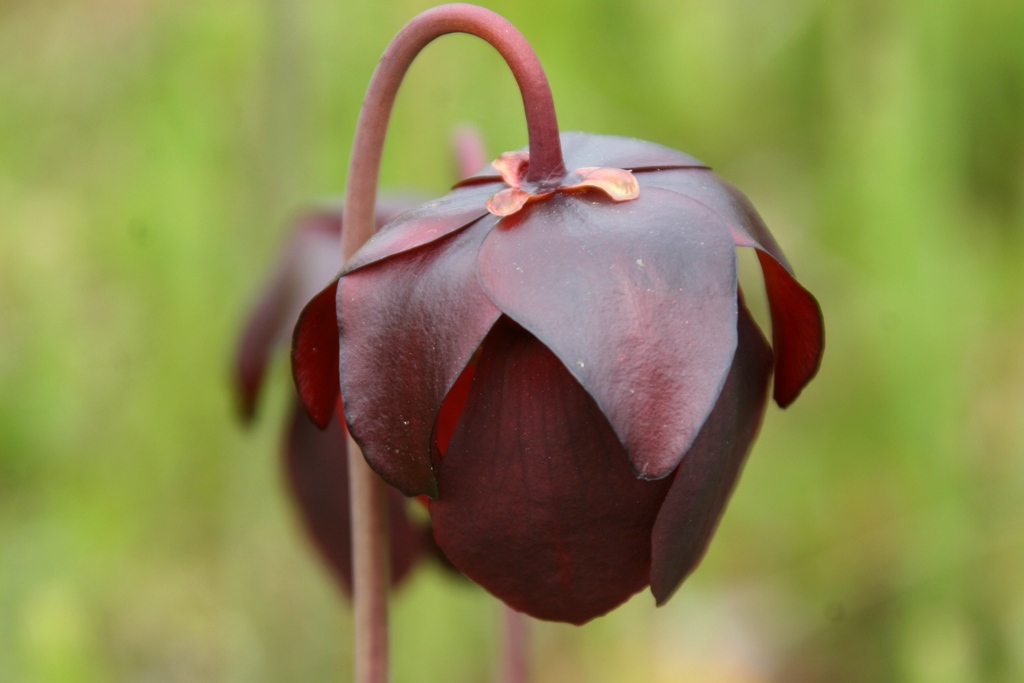 Deep blood red...could it be from its carnivore nature? (probably not) 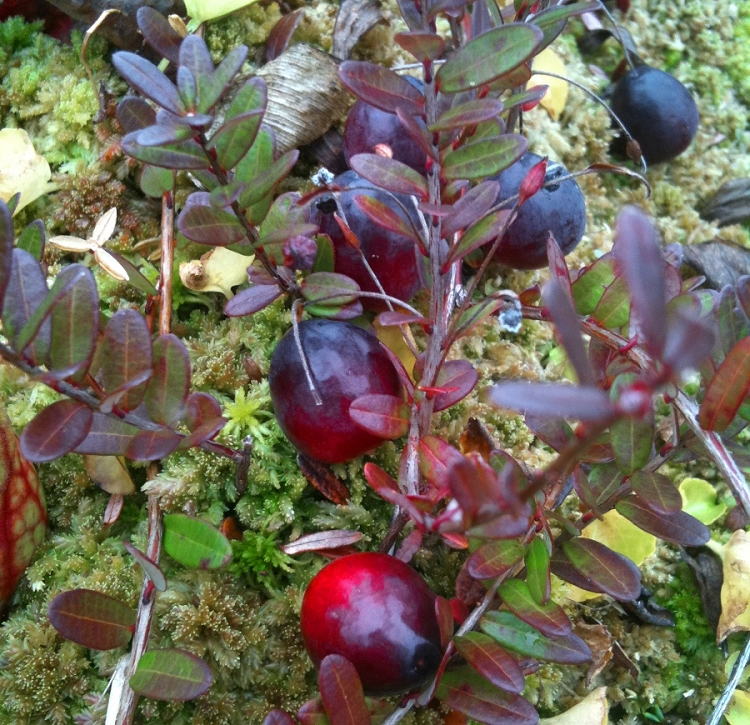 Cranberry plant with lots of potential for fruit. 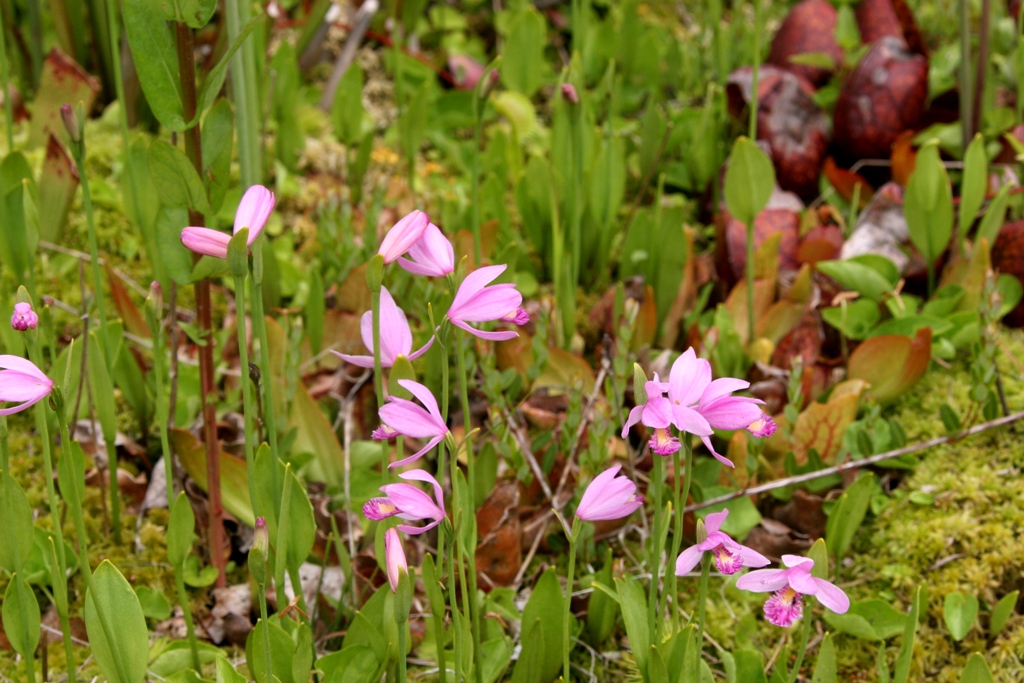 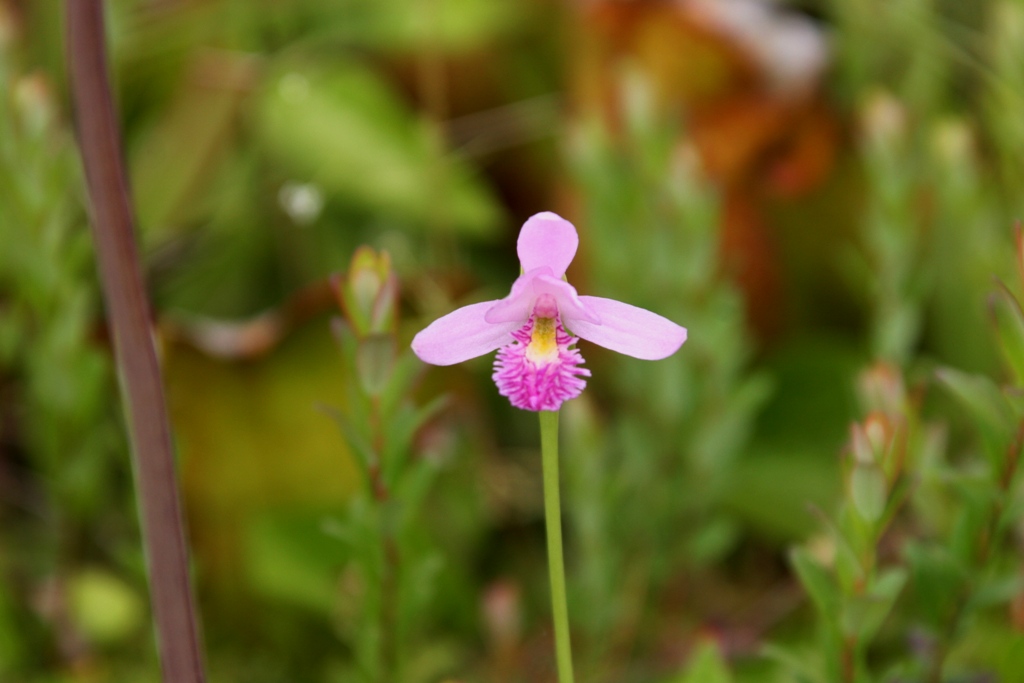 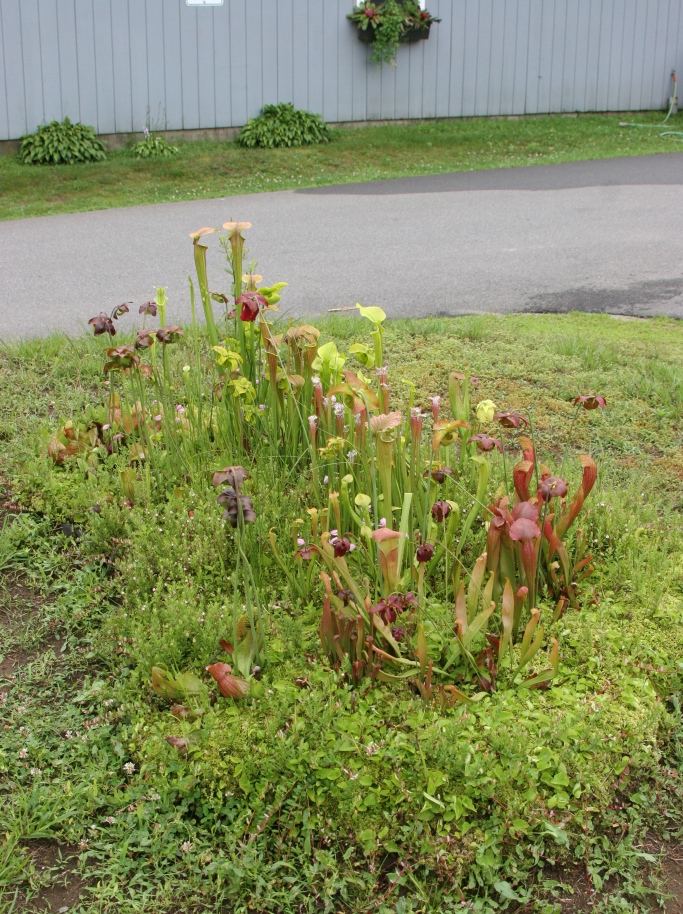 Notice the plastic boarder has disappeared. 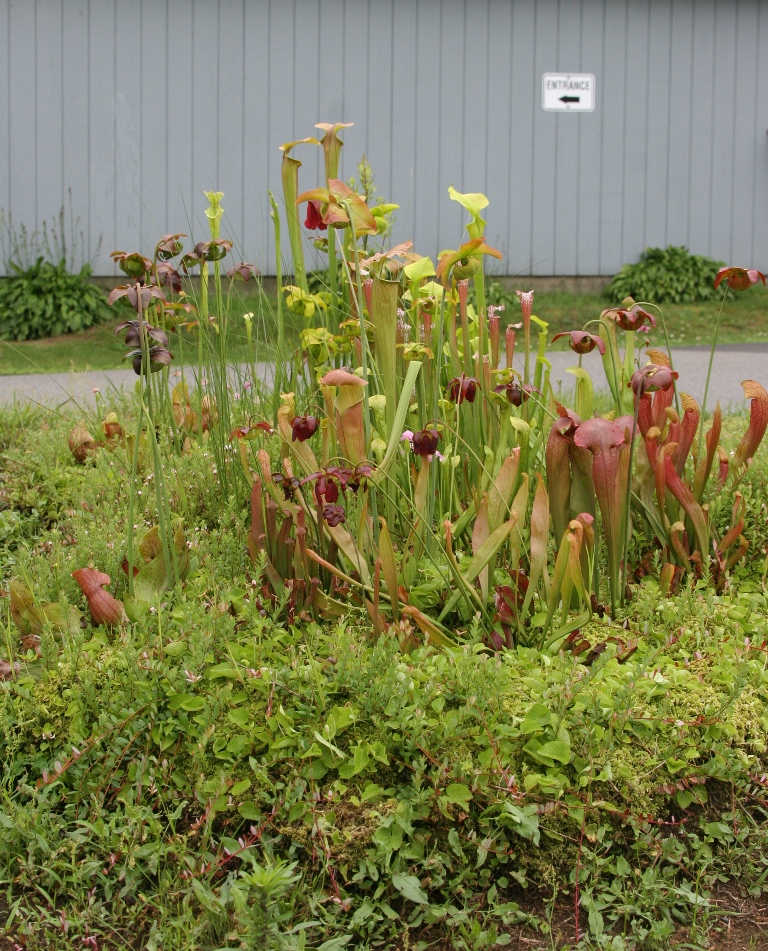 Here comes the traps! Now that flowering is almost over, the traps arrive in force. 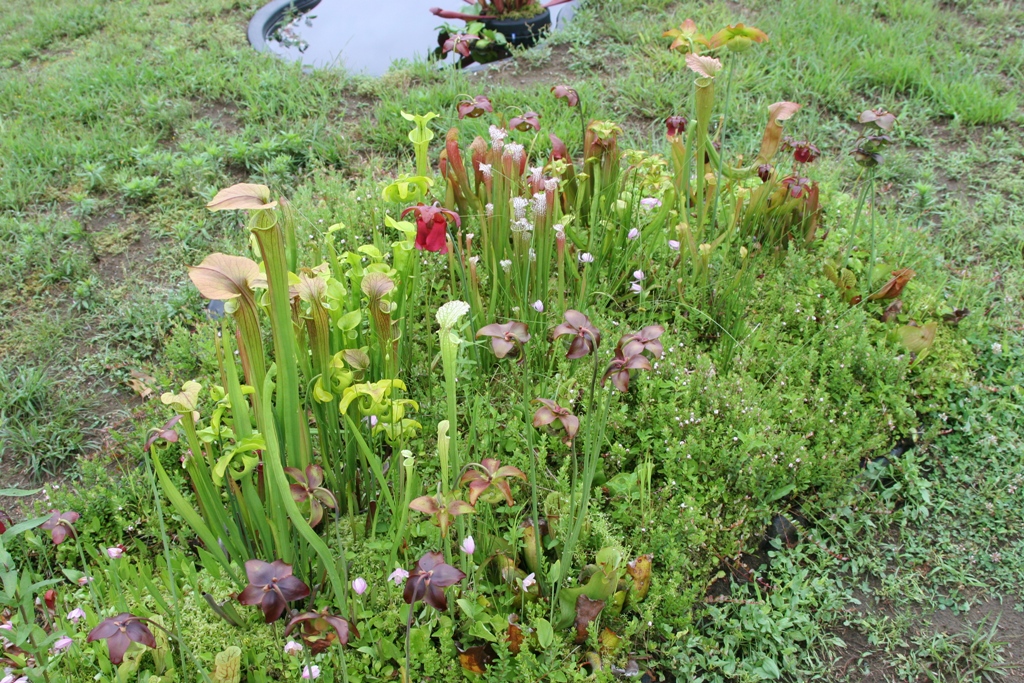 As the petals fall from the flower, we wait to see if polination has taken place and hope fruit is set.

More and larger traps will continue to grow throughout summer as the hunt really begins...

More photo and text updates to come...check back again!